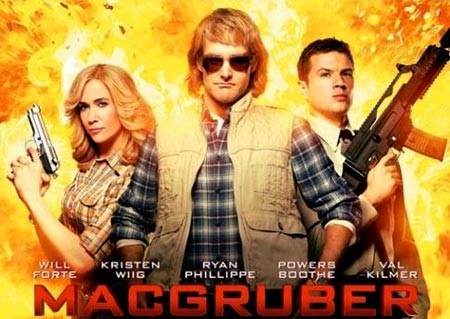 Here’s the new poster for upcoming action/comedy movie, MacGruber. In the 10 years since his fiancee was killed, special op MacGruber (Will Forte) has sworn off a life of fighting crime with his bare hands. But when he learns that his country needs him to find a nuclear warhead that’s been stolen by his sworn enemy, Dieter Von Cunth (Val Kilmer), MacGruber figures he’s the only one tough enough for the job. The movie is directed by Jorma Taccone. The screenplay was co-written by Will Forte, Taccone and John Solomon. Also stars Ryan Phillippe and Kristen Wiig. MacGruber is scheduled to hit theaters everywhere starting on May 21st, 2010.