The image of Superman has once again appeared on Empire magazine cover, dealing with the topic of Zack Snyder’s Man of Steel with Henry Cavill in the role of Clark Kent/Superman. Inside its pages are some new images from the upcoming superhero film with two photos showing Russell Crowe’s Jor-El and Michael Shannon’s villainous General Zod. 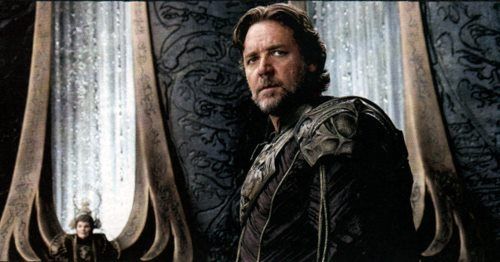