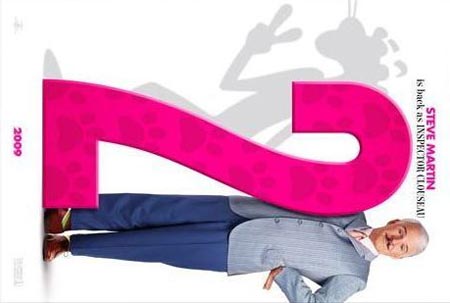 This time Clouseau teams up with a squad of International detectives who are just as bumbling as he is. Their mission: Stop a globe-trotting thief who specializes in stealing historical artifacts.

The script is written by Scott Neustadter, Michael H. Weber and Steve Martin.

The “Pink Panther 2” comes to theaters February 13, 2009 from Columbia Pictures.

I am consistently shocked at how well received Steve Martin’s remake The Pink Panther did in 2006. I don’t say this because I saw it and hated it, I say this because I avoided it for fear I would hate it. It then went on to make over $80 million and earned a Certified Fresh 88% Rotten Tomatoes rating. What this says to me is that I need to get my ass out and rent it so I know what the hell I am really in for with The Pink Panther 2 which hits theaters on February 6, 2009 and just had its trailer debut online.