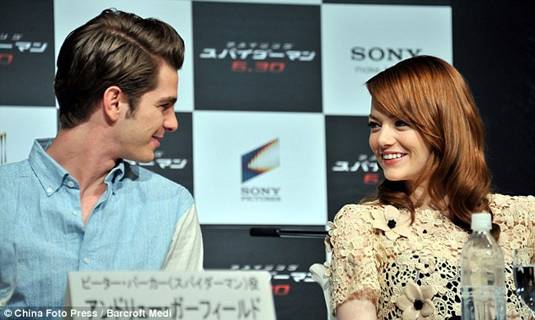 Director Marc Webb‘s new take on how a mutant spider bite turns the gangly teen into the web-slinging hero The Amazing Spider-Man was trying to do as many effects physically as opposed to CGI than in the three Sam Raimi films, lead to a ‘near death experience’ every day, according to star Andrew Garfield. At a Tokyo-based press conference for the film – which you can see in full Garfield said:

…a lot of the stunts are practical and grounded in reality. That was something that Marc, the director, really wanted to make sure happened in this movie to set it apart from previous ones… I would exhaust myself every day and get into near-death experiences every hour on the hour… I collaborated with [the stunt team] not only on the big stunt set-pieces but also on what happens to Peter’s body when he gets bitten. What happens to his DNA and how that effects the way he moves and the way he interacts with objects. The idea that he has spider DNA running in his system. What that will do to his sense of space. What that will do to the sensitivity of his skin. To have an opportunity to play in that forum with creative and talented people was a real opportunity and gift.

Producer Avi Arad released a few more details as to what we can expect from the film’s main villain, The Lizard:

We introduce our villain, Dr Connors, and in the great tradition of Marvel, Dr Connors is going to be connected to Peter Parker and, in our case even more interestingly, to Gwen Stacy. Right there, the challenge of having to deal with a villain who is a mentor and the only one who you can look at and say, ‘So what really happened to my dad?’ That’s a very hard person to fight.

In the meantime, Emma Stone (Gwen Stacy) went on to say there would not be a repeat performance of the iconic upside-down kiss from the Sam Raimi film:

There is a nice first kiss and it’s different than the upside-down one. And we liked it. 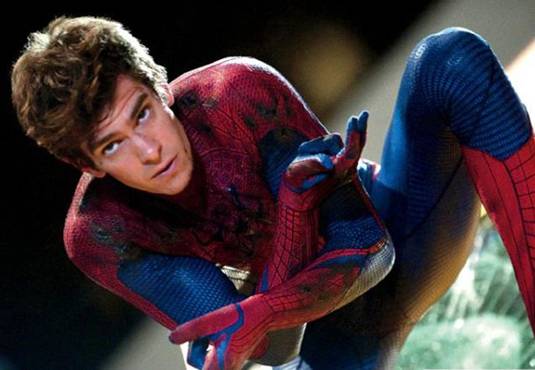 Cancel reply
Upcoming SWEET VALLEY HIGH is Going to Be a Musical
Interview With John Cusack, Talking About THE RAVEN
Advertisement