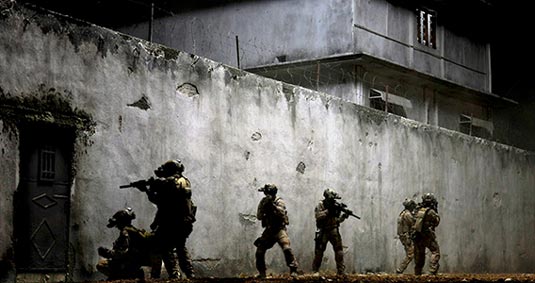 The first poster for Kathryn Bigelow‘s Zero Dark Thirty was mostly classified, only containing a blacked out title and release date. It was a nice little tease, but it’s the theatrical trailer for the thriller about the hunt and assassination of terrorist leader Osama Bin Laden that’s truly fantastic – courtesy of Moviefone. Check it out below!