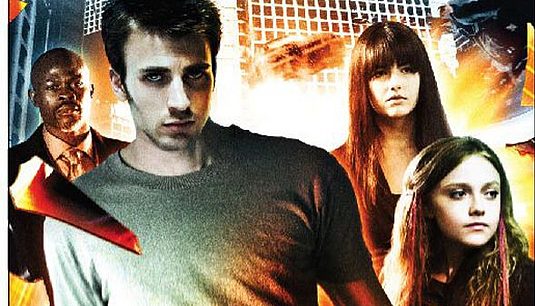 A few more clips, two international posters and several good quality photos from the sci-fi actioner “Push” have been released.

“Push” takes us into the secret world of psychic espionage. Our hero is Nick Gant (Chris Evans), a young man whose father was genetically altered to be the perfect government assassin. After the brutal murder of his father, Nick swears revenge on the agency that created him. Hidden in the underworld of Hong Kong, Nick assembles a group of rogue psychics to defeat Division, the covert agency responsible for creating and experimenting with psychic drugs for decades. Nick teams up with Cassie Holmes, a thirteen-year-old girl who can see the future, to track down a missing girl and a stolen suitcase that could potentionally bring the downfall of Division – the key to their mutual revenge. Combining their skills, they outwit assassins and learn about Division’s latest secret weapon – a powerful and new experimental drug called R16, which could shift the tides of psychic warfare.