Connect with us
Lionsgate has released a new poster for upcoming drama Rabbit Hole. 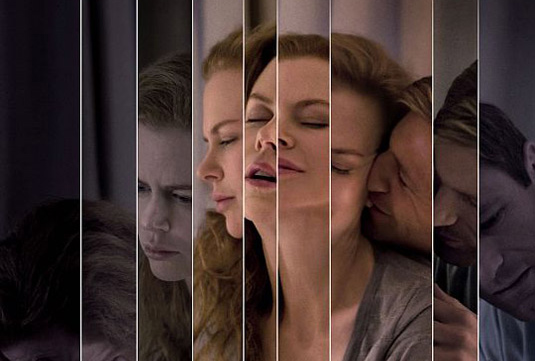 The movie, directed by John Cameron Mitchell, stars Nicole Kidman and Aaron Eckhart has four Spirit Award nominations for Best Director, Best Actor and Actress (Eckhart, Kidman) and Best Screenplay (David Lindsay-Abaire). Rabbit Hole tells the heart wrenching story of a couple who lose their four year old son in a car accident and the emotional turmoil that follows. Here’s the official Rabbit Hole synopsis: Rabbit Hole is a vivid, hopeful, honest and unexpectedly witty portrait of a family searching for what remains possible in the most impossible of all situations. Becca and Howie Corbett (Nicole Kidman and Aaron Eckhart) are returning to their everyday existence in the wake of a shocking, sudden loss. 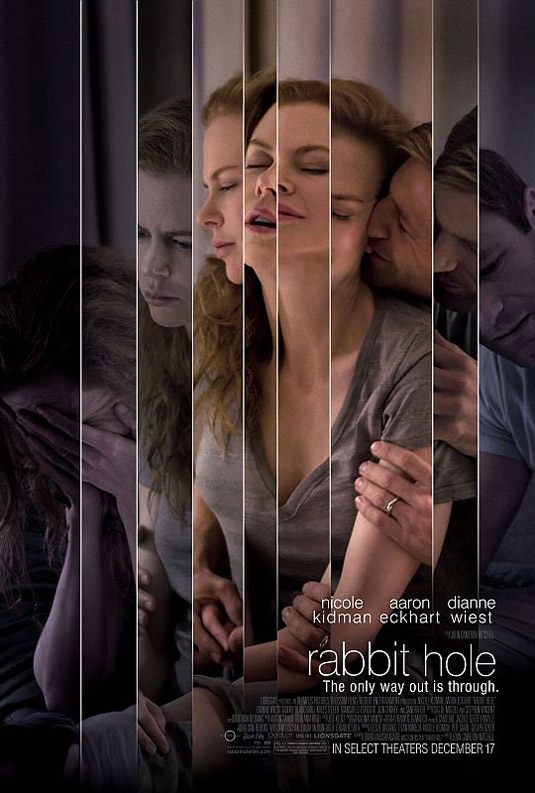 Rabbit Hole Poster Just eight months ago, they were a happy suburban family with everything they wanted. Now, they are caught in a maze of memory, longing, guilt, recrimination, sarcasm and tightly controlled rage from which they cannot escape. While Becca finds pain in the familiar, Howie finds comfort. The shifts come in abrupt, unforeseen moments. Becca hesitantly opens up to her opinionated, loving mother (Dianne Wiest) and secretly reaches out to the teenager involved in the accident that changed everything (Miles Teller), while Howie lashes out and imagines solace with another woman (Sandra Oh). Yet, as off track as they are, the couple keeps trying to find their way back to a life that still holds the potential for beauty, laughter and happiness. The resulting journey is an intimate glimpse into two people learning to re-engage with each other and a world that has been tilted off its axis. Rabbit Hole also stars Jon Tenney, Giancarlo Esposito, Tammy Blanchard and Patricia Kalember and will hit limited U.S. theaters on December 17, 2010.
Continue Reading
Advertisement
You may also like...
Related Topics:Aaron Eckhart, David Lindsay-Abaire, Dianne Wiest, John Cameron Mitchell, Miles Teller, Nicole Kidman, Rabbit Hole, Sandra Oh