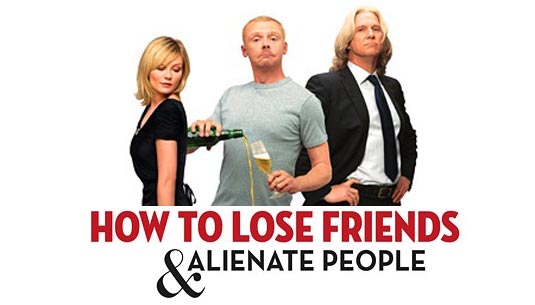 A poster for the upcoming Simon Pegg (Hot Fuzz) comedy “How to Lose Friends and Alienate People” has appeared online, featuring the entire cast standing around Pegg. In the movie, Sidney Young (Pegg) is a disillusioned intellectual who both adores and despises the world of celebrity, fame and glamour. His alternative magazine, Post Modern Review, pokes fun at the media obsessed stars and bucks trends, and so when Young is offered a job at the diametrically opposed conservative New York based Sharps magazine its something of a shock! It seems Sharps editor Clayton Harding is amused by Young’s disruption of a post-BAFTA party with a pig posing as Babe. Thus begins Sidney’s descent into success – his gradual move from derided outsider to confidante of starlet Sophie Maes – and a love affair with colleague Alison Olsen, that will either make him or break him. In addition to Pegg, the film also stars Kirsten Dunst, Jeff Bridges, Gillian Anderson and Megan Fox. It is scheduled to hit theaters on October 3rd (US & UK). 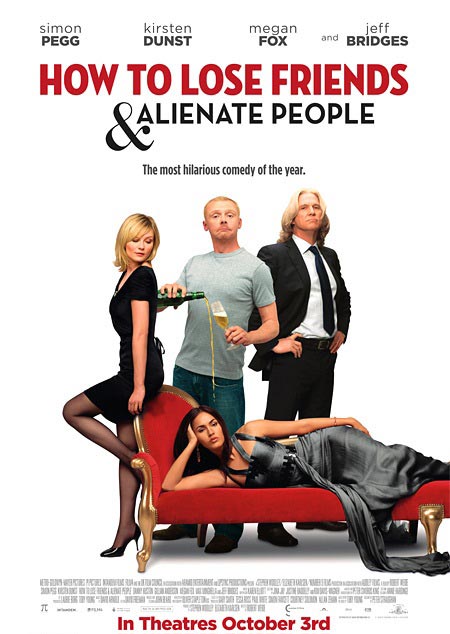 “How to Lose Friends” Poster