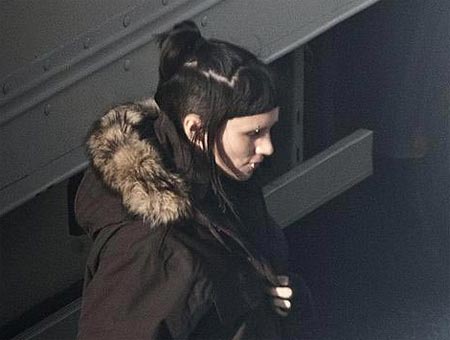 Here are a couple of new set photos of Rooney Mara and Daniel Craig on the set of David Fincher‘s The Girl with the Dragon Tattoo, which is currently filming and set for release on December 21, 2011. Stellan Skarsgard, Robin Wright, Christopher Plummer, Joely Richardson, Steven Berkoff, and David Dencik star alongside Mara and Craig.

Rooney Mara As Lisbeth Salander, The Girl With The Dragon Tattoo The synopsis for Stieg Larsson’s The Girl with the Dragon Tattoo: “A sensation across Europe—millions of copies sold A spellbinding amalgam of murder mystery, family saga, love story, and financial intrigue. It’s about the disappearance forty years ago of Harriet Vanger, a young scion of one of the wealthiest families in Sweden . . . and about her octogenarian uncle, determined to know the truth about what he believes was her murder. It’s about Mikael Blomkvist, a crusading journalist recently at the wrong end of a libel case, hired to get to the bottom of Harriet’s disappearance . . . and about Lisbeth Salander, a twenty-four-year-old pierced and tattooed genius hacker possessed of the hard-earned wisdom of someone twice her age—and a terrifying capacity for ruthlessness to go with it—who assists Blomkvist with the investigation. This unlikely team discovers a vein of nearly unfathomable iniquity running through the Vanger family, astonishing corruption in the highest echelons of Swedish industrialism—and an unexpected connection between themselves. It’s a contagiously exciting, stunningly intelligent novel about society at its most hidden, and about the intimate lives of a brilliantly realized cast of characters, all of them forced to face the darker aspects of their world and of their own lives.” 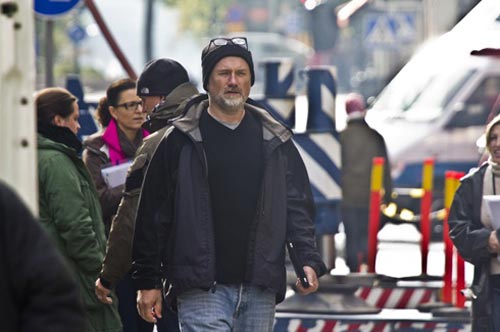 David Fincher, The Girl With The Dragon Tattoo 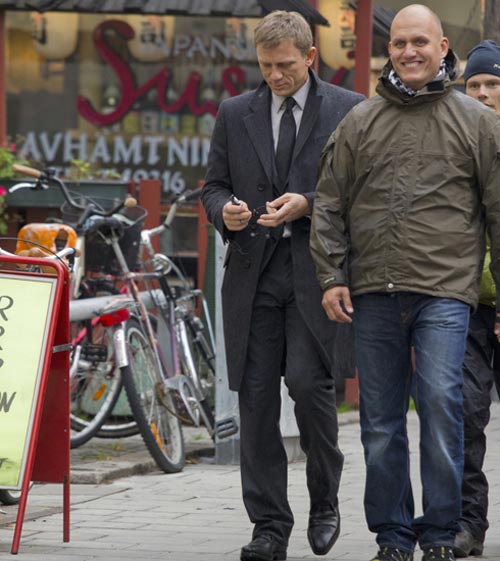