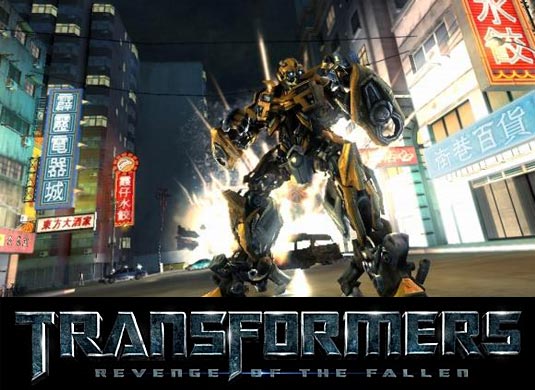 Before it is officially debuted in front of “X-Men Origins: Wolverine” this Friday, May 1, the brand new trailer for Michael Bay’s “Transformers 2: Revenge of the Fallen” has been leaked out. Image quality is quite  low, but here’s what we saw: Written by Ehren Kruger, Alex Kurtzman and Roberto Orci, “Transformers 2: Revenge of the Fallen” will follow Sam Witwicky (LaBeouf) and Mikaela Banes (Fox) as they are being attacked by Decepticons because Sam has learned about the origins of the Transformers and their ancient history on Earth. While the baddies try to capture Sam to acquire the knowledge, U.S. military and an international coalition unite with Autobots to fight back the villains’ attack. Directed by Michael Bay, “Transformers 2” stars Shia LaBeouf, Megan Fox, Josh Duhamel, Tyrese Gibson, John Turturro, Isabel Lucas and Rainn Wilson. The highly-anticipated sequel hits conventional and IMAX theaters on June 24.
Continue Reading
Advertisement
You may also like...
Related Topics:Alex Kurtzman, Josh Duhamel, megan fox, michael bay, Roberto Orci, Shia LaBeouf, Transformers: Revenge of the Fallen, Tyrese Gibson