A brand new poster for “Whiteout,” which is based on a series of graphic novels of the same name by Greg Rucka and Steve Lieber, has been revealed. Check it out below. The horror thriller directed by Dominic Sena (“Gone in Sixty Seconds,” “Swordfish“) from the script by Jon and Erich Hoeber, Chad Hayes, Carey W. Hayes stars Kate Beckinsale, Gabriel Macht, Columbus Short, Alex O’Loughlin, Shawn Doyle, Tom Skerritt among others. After two years stationed at Antarctica’s South Pole research base, lone U.S. Marshal Carrie Stetko (Kate Beckinsale) is as anxious as anyone to be going home. She’s turned in her resignation and is counting the hours and minutes to the last plane out. But three days before departure, a body turns up on the ice and Carrie is immediately thrust into Antarctica’s first murder investigation. As the death toll mounts, the mystery deepens with shifting loyalties, deadly whiteouts, and a relentless killer who will stop at nothing to protect a secret buried for over sixty years. Now with everyone around her packing up and getting out, Carrie must solve the crime before Antarctica is plunged into six months of darkness and she is stranded with the killer on a land where nothing comes in and no one gets out. The movie is currently scheduled to hit theaters on September 11th, 2009. 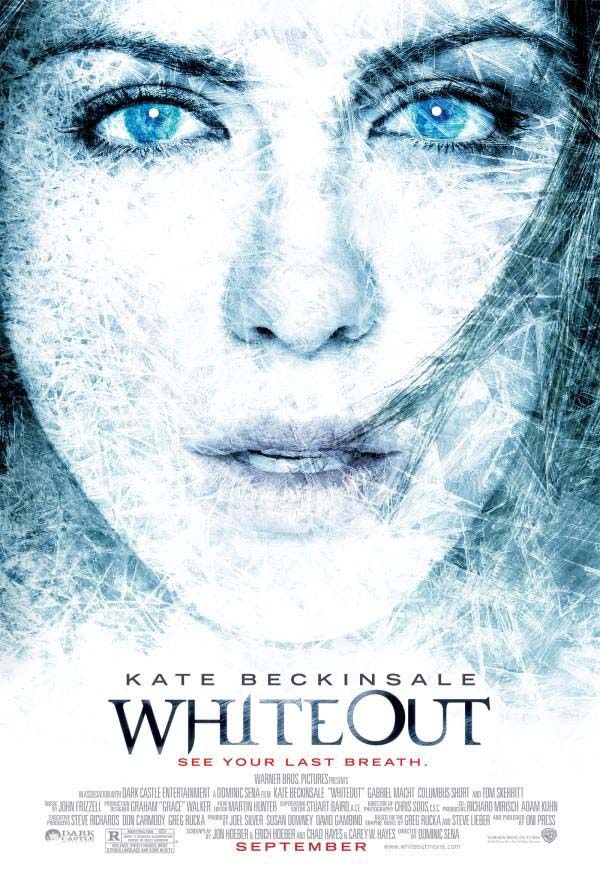