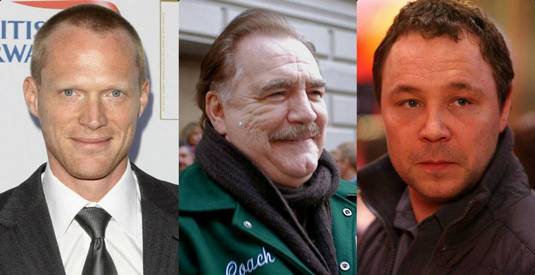 Nick Murphy, director of The Awakening, the supernatural thriller just debuted at the Toronto International Film Festival, has cast a trio of thesps including Paul Bettany, Brian Cox and Stephen Graham to his fresh thriller movie entitled Blood. Bill Gallagher signs on to pen an adaptation of his own the BAFTA-nominated police drama Conviction. The plotline follows two policemen who shot a murder suspect to death and are suddenly thrust into chaos when they must investigate their own crime. Conviction was described as a drama which:

Explores the notion that everyone has the ability to kill and what it is that can trigger that reaction in any of us (using) the volatile and dangerous world of the CID as a backdrop to show how a group of very real characters are affected practically, mentally and emotionally by what they have to face on a daily basis.

The Blood film was announced to shoot in England in January. Paul Bettany, who played an Opus Dei monk named Silas in The Da Vinci Code, and appeared alongside Johnny Depp and Angelina Jolie in The Tourist, also starred in the 2011 film Priest as the title character. An Emmy Award-winning actor Brian Cox, who has appeared in many Hollywood productions was the first actor to portray Hannibal Lecter on film (1986 Manhunter). In 2008 Cox starred in Red and he joined the cast of the 2011 sci-fi movie Rise of the Planet of the Apes. As for Stephen Graham, who was notorious bank robber Baby Face Nelson in Public Enemies, he currently stars as Al Capone in the HBO series Boardwalk Empire. Check out the newly posted trailer for The Awakening that hits theaters on November 11th, 2011. [youtube]http://www.youtube.com/watch?v=iB8UAuGBJGM[/youtube]

Universal’s Working on a Plan to Produce New SCARFACE
Figments on Film: Five Great Characters Who Are Completely Imaginary
Advertisement