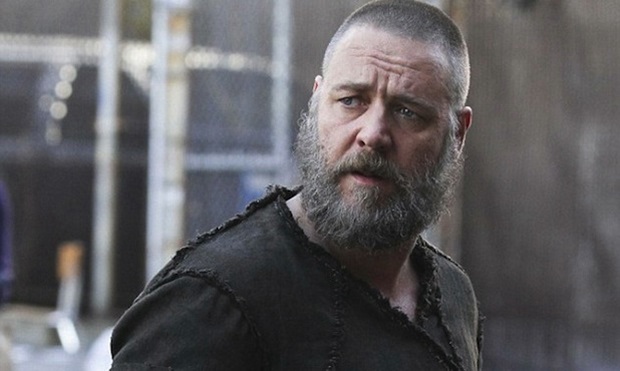 ETonline gives you a special sneak peek ahead of our first official trailer for Darren Aronofsky‘s upcoming Noah movie set to arrive tomorrow. Starring Russell Crowe as the titular Noah, the biblical adventure was also written by Aronofsky and also stars Jennifer Connelly, Saoirse Ronan, Douglas Booth, Logan Lerman, Emma Watson, Ray Winstone, Anthony Hopkins, Kevin Durand and Mark Margolis. The epic film opens in theaters March 28th, 2014. Aronofsky and Paramount may be at odds regarding the final cut of the epic that follows one of the most well-known stories of all time, but hopefully the film that gets released is the version the director wants us to see. Don’t expect too many ‘money shots’ while watching about twenty second of footage from the film and check back tomorrow for the full-length trailer. Synopsis:

NOAH is a close adaptation of the Biblical story of Noah’s Ark. In a world ravaged by human sin, Noah is given a divine mission: to build an Ark to save creation from the coming flood. The screenplay was written by Darren Aronofsky and Ari Handel and revised by Academy Award®-nominated screenwriter John Logan (GLADIATOR, HUGO). Scott Franklin and Aronofsky of Protozoa Pictures, along with Mary Parent of Disruption Entertainment, will produce the film. The film will be executive produced by Ari Handel (BLACK SWAN), Arnon Milchan of New Regency and Chris Brigham (INCEPTION, ARGO).

Continue Reading
Advertisement
You may also like...
Related Topics:Noah trailer