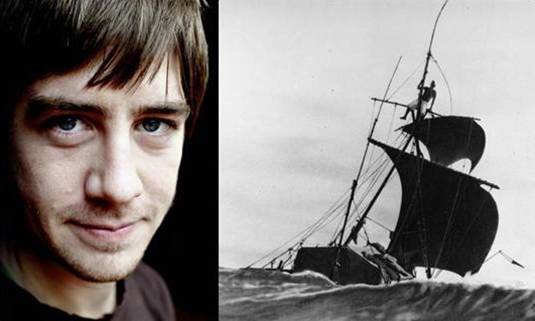 One of the hottest Norwegian young talents Pal Sverre Valheim Hagen is set to topline Jeremy Thomas’ production Kon-Tiki, one of the Scandinavia’s most ambitious films. Hagen (Troubled Water, Max Manus), who plays Thor Heyerdahl, will be joined by a slew of Scandinavian perspective actors forming his team, including Odd-Magnus Williamson (Reprise), Tobias Santelmann, Anders Baasmo Christiansen (Vegas), Jakob Oftebro (Max Manus) and  Gustaf Skarsgard (The Way Back). The real-life adventure tale Kon-Tiki is the story of Norwegian biologist Thor Heyerdahl, intrigued by Polynesian folklore and led by the mythical hero Kon-Tiki, suspected that the South Sea Islands had been settled by an ancient race from thousands of miles to the east, he decided to prove the possibility of his theory by duplicating the legendary voyage. Therefore, Heyerdahl together with his team went on 4,300 mile expedition on a fragile wooden raft from Peru to Polynesia to prove the islands could have been populated from South America. In 1950, Heyerdahl made a documentary on his voyage, which won an Oscar. The feature is supported by the Norwegian Film Institute as well as by the Stenersen family, the publishers of many of Heyerdahl’s tomes, who bring forth the project, and are one of the key investors in the project. FYI, Heyerdahl’s book Kon-Tiki has sold more than 70 million copies worldwide in 67 languages. Co-producer Aage Aaberge of Denmark’s Nordisk Film commented:

‘The Kon-Tiki expedition is a story that never gets old. One man and his dream proved to the world that nothing is impossible. Although a true story, the dreamlike nature of this historic event makes it a perfect fit for the big screen.”

Max Manus directors Joachim Roenning and Espen Sandberg will reunite to this project while Petter Skavlan has written the script. Kon-Tiki is slated to start principal photography May 23rd and will be shot in Norway, Malta, Thailand, Bulgaria and New York. Watch full length the original 1950 documentary Kon-Tiki. [youtube]http://www.youtube.com/watch?v=gGooopCTmpg[/youtube]
Continue Reading
Advertisement
You may also like...
Related Topics:Kon-Tiki