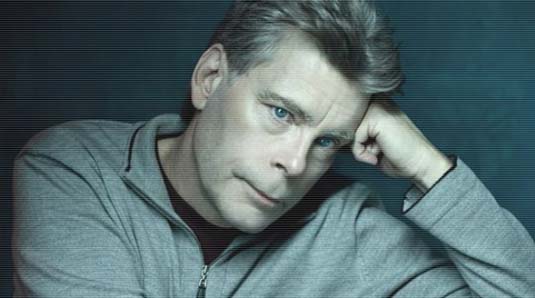 Mercy is an upcoming supernatural thriller which comes from director Peter Cornwell and already has young Chandler Riggs and Joel Courtney on board. It is also an adaptation of Stephen King‘s short story which revolves around two young boys who, after moving with their mother to take care of their dying grandmother, encounter a dark spirit. If this short description sounds good, then I’m sure you’re going to love the rest of the story as well. More about that in the rest of this report… Based on a short story by Stephen King, Mercy tells the tale of two young boys, played by Riggs and Courtney, who move with their mother to take care of their dying grandmother at her decrepit farmhouse. When they suspect that the elderly woman they love has encountered a dark spirit, they fear she might not be the only one who won’t make it through the summer alive. Once George and Buddy McCoy arrive at their Gramma Mercy’s, what they find inside her 150-year-old home is nothing short of terrifying. As the brothers experience deeply disturbing phenomena they believe to be the work of an ancient witch, they must fight for their lives and overcome the evil forces threatening their family. And now, a few words about that cast. Chandler Riggs is set to star as George, his brother Buddy McCoy is Joel Courtney, while the rest of the cast also includes Shirley Knight as their Gramma Mercy, Frances O’Connor, Mark Duplass and Dylan McDermott, which is a pretty good cast! Mercy is produced by Jason Blum of Blumhouse, McG and Mary Viola of Wonderland Sound and Vision. Let us know what you think about this project so far, and stay tuned for more!
Continue Reading
Advertisement
You may also like...
Related Topics:Chandler Riggs, Dylan McDermott, Joel Courtney, mercy, Peter Cornwell, Shirley Knight, Stephen King

Craig Brewer Signs On For Paramount’s GANGSTER PRINCESS OF BEVERLY HILLS
THE HOBBIT: THERE AND BACK AGAIN Pushed to December 2014 Opening Date
Advertisement