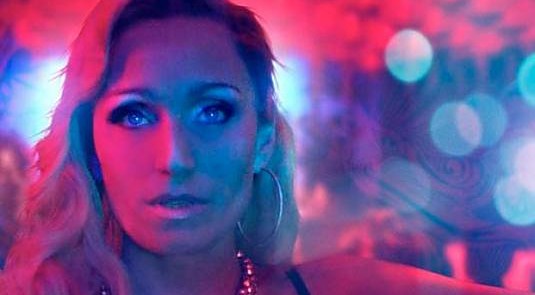 Here’s a brand new poster for Nicolas Winding Refn‘s upcoming Only God Forgives. Yep, it’s all about Kristin Scott Thomas who stars as a merciless and terrifying mafia godmother in the whole thing. You already had a chance to check her out (in our little image gallery), but we definitely recommend you to head inside and take another look at Crystal ’cause she has no problem turning on the bitch switch… Don’t know about you, but we’re more than ready for this crime thriller which is set to hit theaters on July 19th, 2013. All those trailers, clips, featurettes and posters definitely look promising, hope you agree? Anyway, the movie revolves around Ryan Gosling‘s character – Julian, a former kickboxer and gangster named living in Bangkok. When his brother is murdered by a ruthless Thai police lieutenant, he is forced to seek vengeance or risk his own death. In case you forgot, beside Gosling and Scott Thomas, the pic also stars Vithaya Pansringarm, Ratha Phongam and Gordon Brown. As for Kristin Scott Thomas, she already revealed that this kind of film is really not her thing, and that she’s not some huge fan of films where this kind of violence happens. She also added:

There was something deeply emotional and troubling there which appealed to me enormously. When I first read the script, I was excited to play someone who is as far away from the upper class thing that English people seem to love to see me in.

So, Lady Macbeth meets Donatella Versace, or what? Click on the poster to enlarge & let us know what you think!