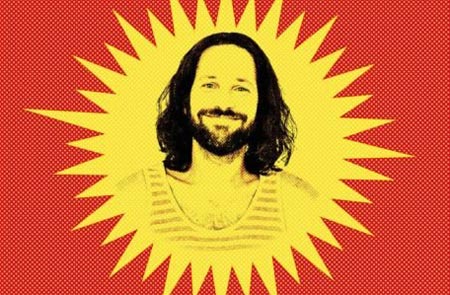 Check out the new poster for Jesse Peretz‘s upcoming comedy  Our Idiot Brother.

Ned Rochlin (Paul Rudd) looks for the good in every situation and in everyone, which often puts him at odds with the world around him – especially his family. Upon being released from jail for a stupid mistake, Ned is kicked off of the organic farm he lives and works on by his ex-girlfriend Janet (Kathryn Hahn) who also insists on keeping his beloved dog, Willie Nelson.

Having nowhere else to go, he turns to his family, three ambitious sisters (Elizabeth Banks, Zooey Deschanel, Emily Mortimer) and an overbearing mother (Shirley Knight). Ned crashes at each of their homes, in succession, and brings honesty, happiness and a sunny disposition into their lives. In other words, he wreaks havoc.

Check out the trailer for the film

Our Idiot Brother, premiered earlier this year at the 2011 Sundance Film Festival, will open in theaters on August 26th, 2011. [source: Moviefone] 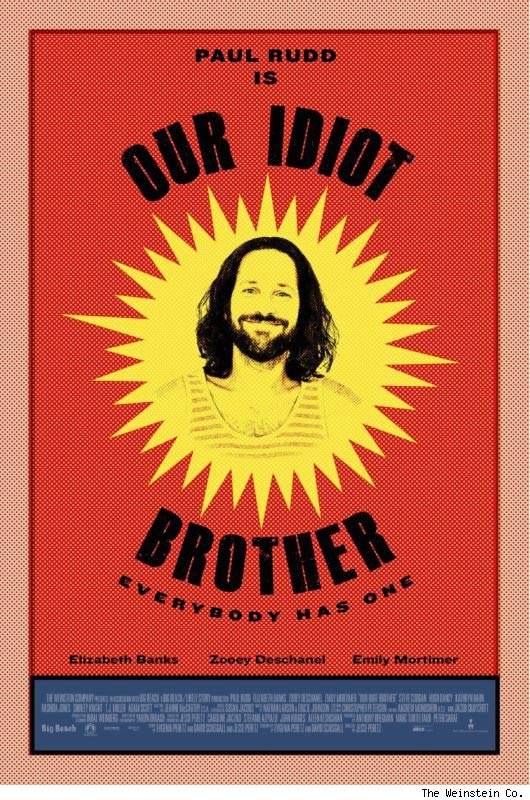