Connect with us
Paul Verhoeven is back! At least, that’s what he said in an interview on Dutch talkshow Zomergasten, when he revealed that his next project will be movie titled The Hidden Force, based on the novel by Louis Couperus. 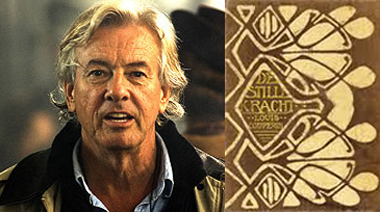 Director added that the story is about “rebellion against colonial rule, the emergence of fundamentalist Islam, the behavior between people, adultery and psychic powers. It is a story about things that we do not understand but it does happen.” Or, if you prefer, more detailed The Hidden Force synopsis: “In The Hidden Force the decline and fall of the Dutch resident Van Oudyck is caused by his inability to see further than his own Western rationalism. He is blind and deaf to the slumbering powers of the East Indian people and countryside. The black magic, bird calls, vegetation, heat and the mysterious, hostile attitude of their Javanese subjects prove stronger than the cool power of the colonials. A novel written in 1900 and set in the Dutch East Indies. It concerns a colonial official who is undone by his wilful application of reason to a culture that is steeped in the mystical and irrational.” The script will be written by Gerard Soeteman, who has worked with Verhoeven on Black Book. Verhoeven has wanted to make the film since the ’70s, but he’s never been able to due to its high budget. However, after 2000 Hollow Man, we believe this could be just the perfect project for director’s come-back. As usual, we’ll keep you updated, so stay with us!
Continue Reading
Advertisement
You may also like...
Related Topics:Paul Verhoeven