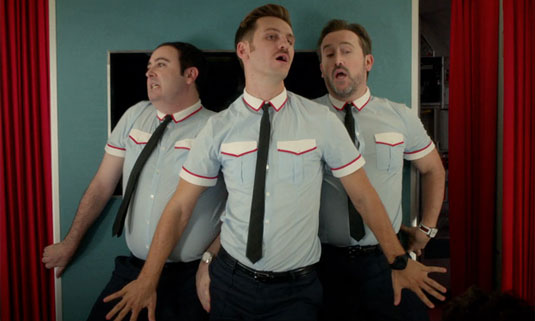 Famous Spanish filmmaker Pedro Almodovar indulges his sillier side with I’m So Excited, a new comedy about “a very mixed group of travelers” who find themselves in a “life-threatening situation on board a plane flying to Mexico City.” The film stars Penelope Cruz, Antonio Banderas, Paz Vega, Blanca Suarez, Cecilia Roth, Javier Camara and others. In this first teaser trailer, male flight attendants do shots and smoke weed in an airplane’s service area before performing a spirited rendition of the Pointer Sisters hit that gives the film its name. Check it out! Official synopsis:

A technical failure has endangered the lives of the people on board Peninsula Flight 2549. The pilots are striving, along with their colleagues in the Control Center, to find a solution. The flight attendants and the chief steward are atypical, baroque characters who, in the face of danger, try to forget their own personal problems and devote themselves body and soul to the task of making the flight as enjoyable as possible for the passengers, while they wait for a solution. Life in the clouds is as complicated as it is at ground level, and for the same reasons, which could be summarized in two: sex and death.

Excited or not, you’ll have to wait until it hits the theaters on June 28th, 2013. IF judging by the trailer, I’ll definitely want to see this. 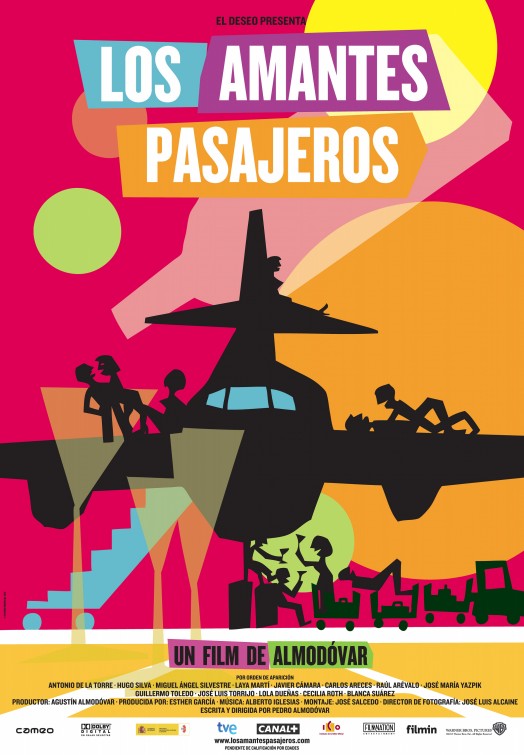