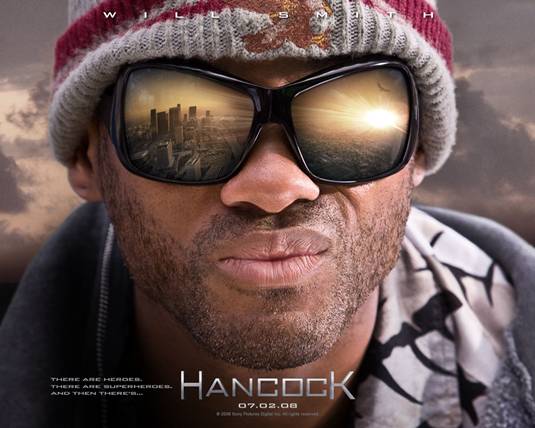 Peter Berg, who is currently preparing to release his $200-million board-game adaptation Battleship, recently reached out to Comic Book Movie, with an update on the status of a hard-drinking-superhero Hancock sequel. The director said:

We’ve been talking about the sequel between us, Will Smith, [producers] Michael Mann and Akiva Goldsman, and myself. We’re all interested, but we literally just have trouble getting into the same room at the same time. We did have a series of meetings last year and started to hash out an idea for sequel — and Will Smith actually had the idea — so I think it will happen, it’s just a question of timing.

Well, in the first movie Smith played John Hancock, a drunken fool of a superhero who’s more hated than loved for all the damage he causes any time he tries to do superhero stuff, leading him to attempt to clean up his image. The Shield writers Adam Fierro and Glen Mazzara were already hired to pen a script and Berg had previously pointed out that there might also be another super-powered person. The biggest problem that they have been facing is scheduling, as Smith has about a zillion projects in the works, such as The Last Pharaoh and Men in Black III with Bad Boys 3 and more Independence Day, which could happen soon. Would you like to see Hancock? If they would like to repeat success, I think it’s time to write a really good script. [youtube]http://www.youtube.com/watch?v=pndUOvkiy2A[/youtube]