Anthony Bregman of Likely Story and Cathy Schulman of Mandalay Pictures announced today that Philip Seymour Hoffman will direct Ezekiel Moss, a depression era ghost story about a young, imaginative boy living in a small dead end town who befriends a mysterious drifter who may or may not have the supernatural ability to communicate with the dead. The Black List voted the script, written by Keith Bunin (who also wrote Horns, the Mandalay / Red Granite Pictures co-production which begins lensing on September 27th in Vancouver) one of the top ten scripts of 2011. The film is a Likely Story and Mandalay Pictures production in association with Hoffman’s Cooper’s Town Productions. Bregman and Schulman will produce. Stefanie Azpiazu of Likely Story, Adam Stone of Mandalay Pictures and Emily Ziff of Cooper’s Town Productions will also produce. Sara Murphy of Cooper’s Town will co-produce. Casting has just begun on the project. An acclaimed veteran of film and stage, Ezekiel Moss marks Hoffman’s second time behind the camera for a feature film, the first being Jack Goes Boating. Currently filming The Hunger Games: Catching Fire, Hoffman co-stars in this fall’s The Master and A Late Quartet. Producer Anthony Bregman stated,

“Philip Seymour Hoffman is an unsurpassed artist — as an actor and director, on stage and in film. Year after year, he stuns us with his gift for finding the most interesting and precise expressions of a dramatic moment.”

“Philip Seymour Hoffman is one of the great talents of our generation. We are thrilled to be in his capable hands directing this captivating and gothic exploration of faith and the supernatural.” 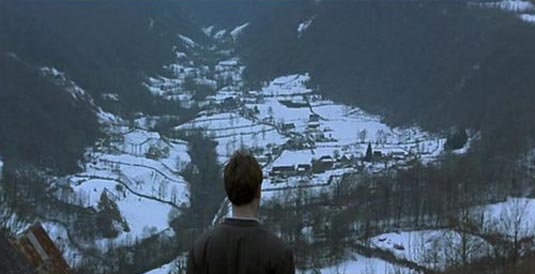