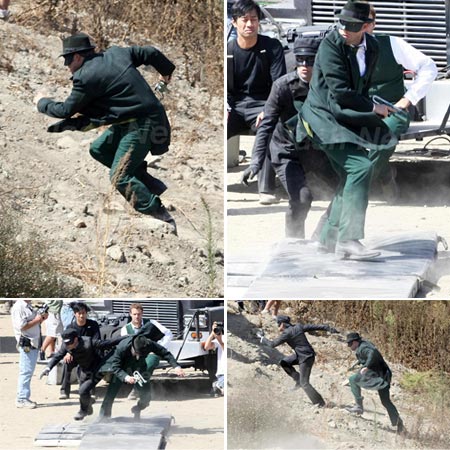 The first pictures of Seth Rogen in character from Columbia Pictures’ “The Green Hornet” has popped up online. Over at Splash News, they’ve posted a couple of behind the scenes photos that feature both Rogen and Jay Chou as his sidekick, Kato. The story follows the adventures of Brit Reid (Rogen). A wealthy publisher of The Daily Sentinel by day, Reid roams as a masked crime fighter by night, dedicated to protecting the lives and rights of the city’s citizens. Reid is accompanied by Kato (Jay Chou), a chauffeur/bodyguard/personal assistant during business hours who transforms into a masked sidekick with a knack for martial arts when the sun goes. 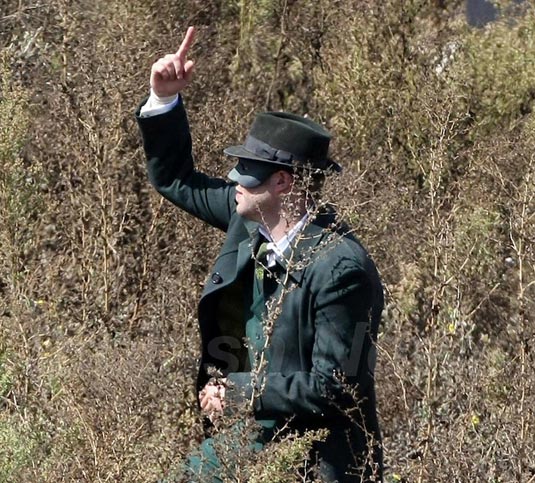