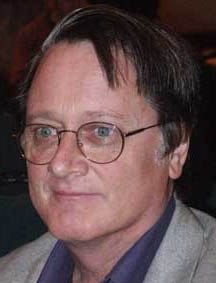 Last month, Disney announced the fourth installment of “Pirates Of The Caribbean” and its title “Pirates of the Caribbean: On Stranger Tides.” It didn’t take long to figure out that there was already the story about pirates with the same name written by Tim Powers.

He was more surprised than anyone that the title had been trumpeted at Disney’s new promotional convention. “I was still – as far as I understood – not free to talk about it. Then about a week ago my agent wrote and said, ‘You’re now able to say that in fact Disney did option the book.’ That happened a while ago, it’ll be three years in April.”  /LaTimes/

But now Powers has confirmed that his novel has been optioned by Disney and will be used in some fashion to craft the story for “Pirates of the Caribbean: On Stranger Tides.” “I’ve watched all the [Pirates] movies several times, of course, and I think the clear thing they would use is the trip to the Fountain of Youth. My main character doesn’t overlap with Jack Sparrow at all [in personality or circumstance]; they’re totally different characters. I suppose they might overlap the Geoffrey Rush character Barbossa and Blackbeard. The only thing I feel certain they will hold on to is the Fountain of Youth since they telegraphed that at the end of the last movie.”
Continue Reading
Advertisement
You may also like...
Related Topics:Pirates of the Caribbean 4, Pirates of the Caribbean: On Stranger Tides