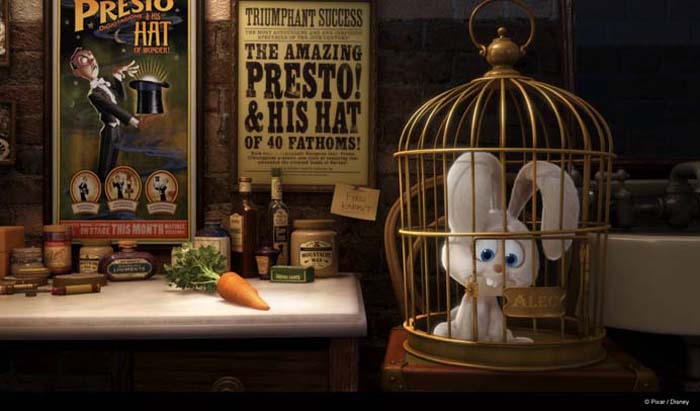 Dignity. Poise. Mystery. We expect nothing less from the great, turn-of-the-century magician, Presto. But, when Presto forgets to feed his rabbit one too many times, well, there’s really no telling what to expect! This latest comical short film from Pixar Animation Studios follows the escalating high jinx of the amazing Presto, his rabbit Alec, and what happens onstage when a star magician’s ego provokes some clever revenge from his neglected costar. Directed by Doug Sweetland Produced by Richard Hollander

Thanks to PixarPlanet Here is a sneak peek at Pixar’s latest digital short that will be played before ”Wall-E” in theaters on June 27th. watch the clip after jump
Continue Reading
Advertisement
You may also like...
Related Topics: