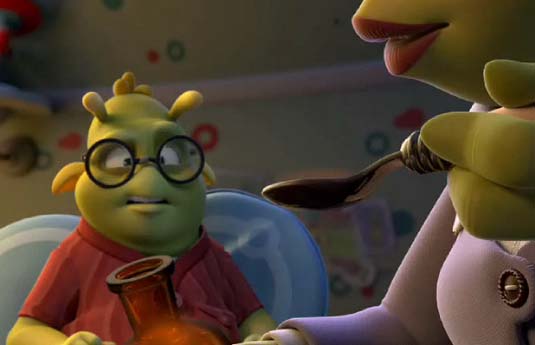 “Planet 51” revolves around American astronaut Captain Charles “Chuck” Baker who lands on Planet 51 thinking he’s the first person to step foot on it. To his surprise, he finds that this planet is inhabited by little green people whose only fear is that it will be overrun by alien invaders. With the help of his robot companion “Rover” and his new friend Lem, astronaut has to avoid capture in order to recover his spaceship and try to return home.

“Planet 51” directed by Jorge Blanco and Javier Abad from the script by Joe Stillman will hit the theaters on November 20, 2009.