Connect with us
Quite interesting title, and more than interesting story from director Francois Ozon. 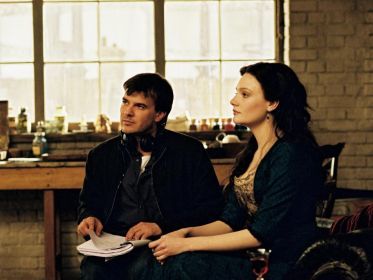 That’s why we’re here today to talk about the movie titled Potiche, selected In Competition at this year’s Venice Film Festival. Check out the rest of this report to see why this project is already described as a “battle-of-the-sexes comedy”… Potiche follows: “Sainte-Gudule, northern France, 1977: Suzanne is the submissive, housebound wife of wealthy industrialist Robert Pujol, who oversees his umbrella factory with an iron fist and is equally tyrannical with his children and “trophy wife.” When the workers go on strike and take Robert hostage, Suzanne steps in to manage the factory. To everyone’s surprise, she proves herself a competent and assertive woman of action. But when Robert returns from a restful cruise in top form, things get complicated… “ French director Francois Ozon says he was inspired to go ahead with his latest film after the presidential election pitting Nicolas Sarkozy against Segolene Royale. “I realized there was a new era of machoism,” the director told reporters before the premiere of Potiche and explained: “In French, a potiche is a vase or decorative object of little value and no real practical use that you put on a shelf or the mantle” Movie stars legendary Catherine Deneuve, Gérard Depardieu, Ludivine Sagnier, Judith Godrèche and Jérémie Renier. Deneuve said she has never herself been a showcase wife and added: “But I am sure there have been some moments I had the impression I was used as the way I was or the way I looked more than for who I was … never really a potiche.”
Continue Reading
Advertisement
You may also like...
Related Topics:Catherine Deneuve, Gerard Depardieu