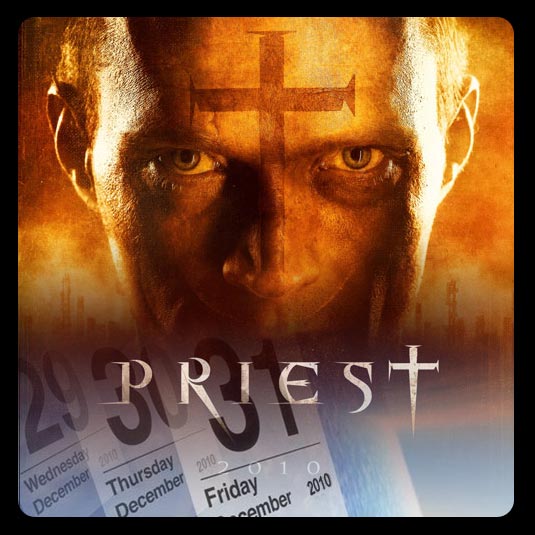 Screen Gems has moved the release date for “Priest” up from October 1, 2010 to August 27. “Priest” will be taking the spot of Milla Jovovich horror sequel “Resident Evil: Afterlife.” “Resident Evil” has been moved back to a new opening date of January 14th, 2011.

The film, based on a TokyoPop comic book, is set in a world of centuries of war between mankind and the vampire race, which centers on a warrior priest who turns against the church when his niece is kidnapped by a murderous band of vampires which he goes tracking down.