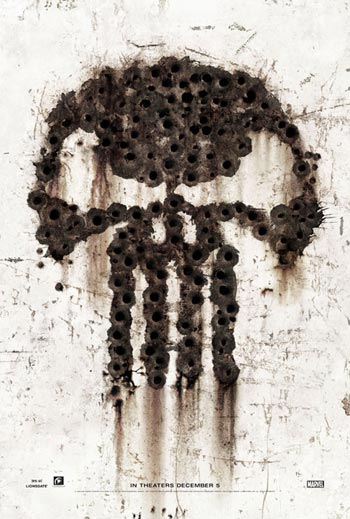 With all the blockbuster comic book adaptations coming out this summer, it’s easy to forget that there are some other, more negligible superhero movies coming up. Like Punisher, for instance – a character known for meticulously shooting his logo into metal surfaces. In the new film, continuing his crusade to punish violent criminals in America, former FBI agent Frank Castle (Ray Stevenson) arrives in New York to take on an underworld boss who plots to take control of the underworld. “Punisher: War Zone” is directed by Lexi Alexander, who helmed the 2005 “Hooligans.” Apparently, she is a former World Karate and Kickboxing Champion. Her new movie is scheduled to hit theaters on December 5th.
Continue Reading
Advertisement
You may also like...
Related Topics:ray stevenson

New Joker Poster
New ‘The Mummy 3’, ‘The Rocker’ and ‘The Wackness’ Posters
Advertisement