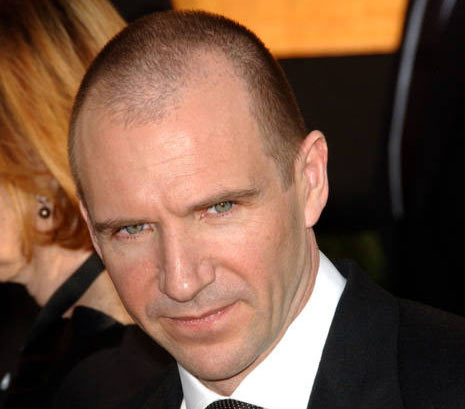 Ralph Fiennes will make his directorial debut with an adaptation of William Shakespeare‘s Roman tragedy “Coriolanus.” Fiennes will also play the title role, Roman general Caius Martius – Coriolanus. Fiennes will direct from the script by John Logan (“Gladiator,” “The Aviator,” “The Last Samurai,” “Sweeney Todd“). “People who have read it think it’s a page-turner,” said Fiennes. “I want it to be an edge-of-the-seat film.” Fiennes, who was Oscar-nominated for his roles in “The English Patient” and “Schindler’s List,” said he wanted to make Shakespeare accessible, citing Baz Luhrmann’s Romeo and Juliet as an influence. “I don’t want it to be in that Shakespeare voice that puts you off,” he told trade paper Screen International at the Cannes Films Festival. “Audiences want to hear Shakespeare and they understand more than they think they are going to. The second film I ever saw was Olivier’s Henry V when I was nine years old and I loved it.” William Hurt, Vanessa Redgrave, Brian Cox, Gerard Butler and Jessica Chastain have joined Fiennes. Redgrave will take the role of Coriolanus’ mother Volumnia, while Chastain plays his wife Virgilia. The adaptation of Shakespeare’s study of the way power corrupts is set in the early years of the Roman Republic. Coriolanus, who returns from war and is urged by his mother Volumnia (Redgrave) to run for consul, but his ambition leads to his downfall. Shakespeare’s “Coriolanus” is one of his most politically challenging examinations of the way power corrupts. In the aftermath of a famine, the people demand the right to set their own price for the city’s grain. In response to their protests, the ruling aristocracy grant the plebeians five representatives, a decision that provokes the ire of Caius Martius, who has nothing but contempt for the lower classes. After winning a war against a neighboring tribe, he is granted the name Coriolanus, and returns with the hope of joining the Senate. Shooting will begin in Serbia in early 2010. [youtube]http://www.youtube.com/watch?v=7zdWfFInJ4A&feature[/youtube] Gerard Butler on Coriolanus
Continue Reading
Advertisement
You may also like...
Related Topics:Coriolanus, Jessica Chastain, John Logan, Ralph Fiennes, Vanessa Redgrave, William Hurt, William Shakespeare