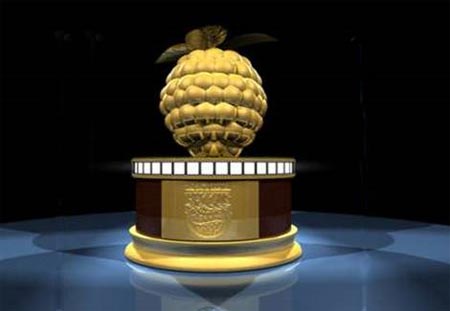 The 2010 Razzie nominations were announced today. “Land of the Lost” and “Transformers: Revenge of the Fallen” led the pack with 7 nominations each, Sandra Bullock and Megan Fox will be battling it out for the Worst Actress Award. Sandra Bullock expected to score an Academy Award nomination Tuesday for her hit drama “The Blind Side,” and

“She could be the first person ever to win a Razzie and an Oscar in the same weekend,”

said John Wilson, founder of the Golden Raspberry Awards, now in their 30th year of singling out Hollywood’s low points. Other actors and actresses graced with nominations include Will Ferrell, Robert Pattinson, Eddie Murphy, John Travolta, Miley Cyrus, Beyonce, and Julie White who played Shia LaBeouf’s mother in Transformers: Revenge of the Fallen. The Razzies were set up in 1980 by John Wilson, as a response to the Academy Awards, which is why the ceremony always takes place one day before the Oscars, with the same rule applying for the nominations as well. “Winners” will be announced on March 6, so keep an eye on this space for that; meanwhile, check out below the full list of nominees. Who do you think will win worst film of the decade? The full list of nominees: WORST PICTURE WORST ACTOR WORST ACTRESS WORST SUPPORTING ACTOR WORST SUPPORTING ACTRESS WORST REMAKE, RIP-OFF OR SEQUEL WORST SCREEN COUPLE WORST DIRECTOR WORST SCREENPLAY Land of the Lost Trailer: [youtube]http://www.youtube.com/watch?v=Pa-xezisGk8[/youtube] WORST PICTURE OF THE DECADE WORST ACTOR OF THE DECADE WORST ACTRESS OF THE DECADE [source:  Razies.com] All About Steve Trailer: [youtube]http://www.youtube.com/watch?v=mtJfr-a_oHQ[/youtube]   UPDATE 03/07/2010 Razzie Awards 2010 Winners
Continue Reading
Advertisement
You may also like...
Related Topics:Land of the Lost, megan fox, Sandra Bullock, Transformers: Revenge of the Fallen