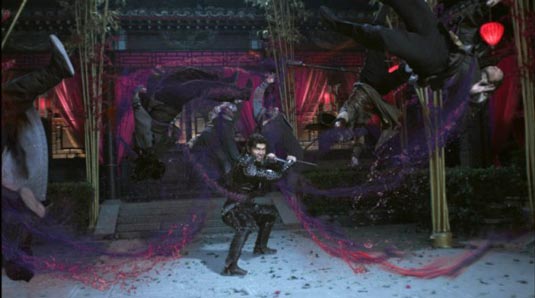 The Red Band trailer for RZA‘s directorial debut The Man with the Iron Fists will surely be the subject of scrutiny by Kung Fu cinema purists around the world.

Take a look at the red-band trailer below, giving you a peek at the background and reasons for the Seven Clans battle preparations: