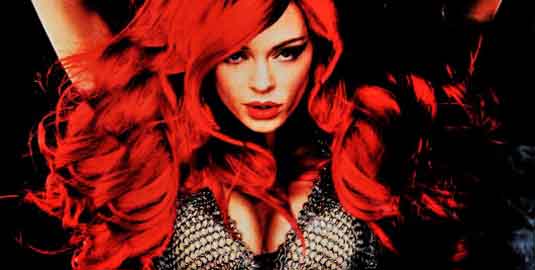 Take a look at the promotional artwork for “Red Sonja” movie, starring Rose McGowan as the flame-haired heroine. The film is presented by Robert Rodriguez and will be directed by Douglas Aarniokoski. Check out here awesome posters for the movie Nu Image unveiled detailed plot summary. Storyline is pretty spoiler filled so read it if you want at own risk. In a dingy tavern, a woman posing as a harlot brutally murders the warrior who just hired her. She rips a distinctive amulet off his necklace. Before she’s able to escape, the group of soldiers recognize her: the wanted outlaw Red Sonja. They attack-but they’re no match for this flame-haired whirling dervish of steel. She takes them all out, then rides off into the woods… Years earlier, we find Sonja as an innocent teenager living in Western Hyrkania. While sparring with her childhood sweetheart, the mischievous Cyrus, a group of marauders ride into her town. Her entire family is butchered before her eyes. The brutes – each of whom wear the familiar amulet (among them, the warrior from the tavern) – then turn their attention to young Sonja, savagely raping her. Left for dead. Sonja awakens to pure devastation. Her village has been burned to the ground, the corpses of her family and friends strewn about the wreckage. Barely alive, Sonja crawls through the countryside until she can no longer move. Deciding to end her life, she jumps from a cliff to a river below, but somehow her fall is magically slowed, she lands underwater where she encounters the mystical Red Goddess, who tells Sonja she will become a powerful warrior, the Goddess’s Blade of Justice. 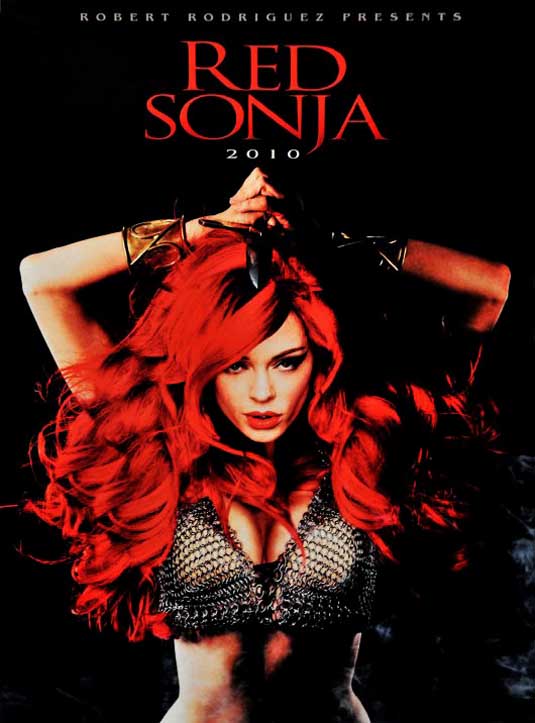 She awakens in the camp of Ozzyus, a thief and warrior, the man who is to become her mentor. Here Sonja wins over Ozzyus’ band of rogues over with her tenacity and heart. She begs Ozzyus to train her, as she wants to exact her revenge on those who destroyed her family. Ozzyus finally agrees. Sonja immediately shows supreme natural ability in fighting. Time passes, Sonja’s skills become formidable and eventually she joins the band on several robberies, finally killing a noblemen. Knowing she’s now a wanted criminal, she decides it is time to leave Ozzyus – and to seek her vengeance on the five men who killer her family. Flash forward again, and Sonja is bathing in a forest brook when a man sneaks up on her. She quickly has her blade to his throat when she realizes this man is Cyrus, who begs Sonja to join his fight against the villainous Kulan Gath. Sonja refuses. In the town of Shadizar, Sonja fights her way to the next member of the band who killed her family. Theron. Before she kills him, he tells Sonja that her own father worked for Kulan Gath, and that is why they came to her town. Sonja is captured, and sent to the gallows, where she’s rescued by Ozzyus, who was on his way to meet Cyrus and join his rebel army. No sooner than Sonja agrees to fight Gath, Cyrus is kidnapped by Gath’s men. Sonja tracks Gath’s henchmen into the mines under the temple City of Pah Disha, rescues Cyrus, and they discover an underground temple, built by thousands of Hyrkanian slaves in which Kulan Gath plans to harness heavenly powers and become as a God to rule the world with an iron fist. Sonja and Cyrus know they must stop this before it happens, thus setting up a final epic battle between the forces of good, and Gath’s dark army.
Continue Reading
Advertisement
You may also like...
Related Topics:Rose McGowan