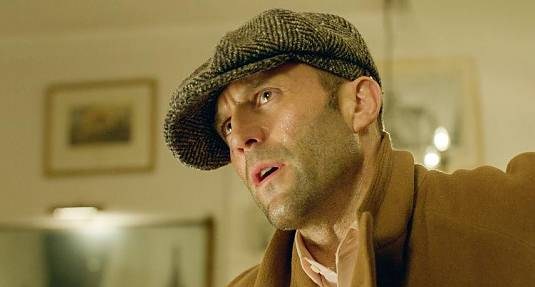 Hope we’ll have more luck this time. Redemption (originally titled Hummingbird) is set to hit theaters this June, and as you already know, we’re talking about Steven Knight‘s latest flick which stars Jason Statham, and promises a looooooot of action! In case you’ve missed the official trailer for the movie, now is the perfect chance to check it out, and then head inside to find 55 new photos from the whole thing…

Written and directed by Knight, Redemption revolves around Statham’s character – a damaged ex-special forces soldier named Joey Jones, who is trapped in London’s criminal underworld. Homeless after going on the run from a court marshal, Joey steals another man’s identity, and befriends a nun, played by Agata Buzek.

Beside Statham and Buzek, the rest of the cast also includes Ian Pirie, Vicky McClure, Benedict Wong and Lee Nicholas Harris, and Redemption is set to hit theaters on June 28th, 2013.

After witnessing his unit ripped to shreds by artillery fire in Afghanistan, Joey Jones has been living on the streets of London, trying to forget his past and stay of out trouble. On the run from a ruthless gang, he breaks into the apartment of a wealthy man in Convent Garden and assumes his upper-class identity. Just as Joey is on his way to making amends with his friend and sponsor Sister Cristina, his pregnant girlfriend is found dead in the river. Now, Joey must use his connections in the Chinese mob to find the man responsible, stopping at nothing until justice is served.

Click on all these pics to enlarge & let us know what you think about this action thriller!