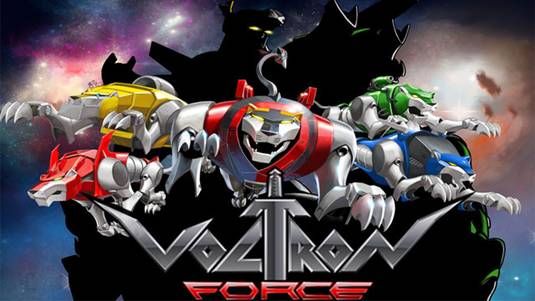 Five heroes, five lions, one oversize robot, one blazing sword, that’s the proven formula that’s worked out pretty well for Voltron fans since 1984. Now Relativity Media and Atlas Entertainment are both trying to restart passion for the series making a live–action feature based on the popular animated Voltron: Defender of the Universe series. If you mistook Voltron for the Power Rangers Samurai MegaZord or maybe Transformers, you are not alone. Therefore, I have included the brief press release to refresh your memory:

Five young warriors are responsible for the future of the galaxy when they become pilots of a battalion of ultra-high-tech Robot Lions, powerful vessels with the ability to join together to form a fearsome mega-weapon known as ‘Voltron.’

The live-action adaptation is being scribed by Thomas Dean Donnelly (Conan the Barbarian) and Joshua Oppenheimer (Sahara). Relativity studio has optioned the feature film rights from World Event Productions. The original series are based on the material licensed from the Japanese anime Beast King GoLion and Kikou Kantai Dairugger XV. The show made its way stateside in 1984 and ran for two years and has gained a large following over the past 25 years. Recently, the Voltron property has sold over 300,000 DVDs and has produced a spin-off cartoon Voltron Force, which became Nicktoon’s highest-rated debut on June 16th, 2011. However, I’m hoping Relativity and Atlas will not stay loyal to the original story, and by ‘original story’ I mean more than a few levels of vain combat in lion form, a couple of levels of trying to stay alive as Voltron, and a final boss fight where the Blazing Sword is formed and manages to make it successful lasting all of thirty seconds. No word yet on when the release date will be or any casting info. Check out the Voltron Force formation clip and stay tuned. [youtube]http://www.youtube.com/watch?v=E796cjH-YeY[/youtube]

Cancel reply
Superman: The Man of Steel will Be Back on June 2013
Russell Crowe to Join Hugh Jackman In Tom Hooper’s Les Miserables?
Advertisement