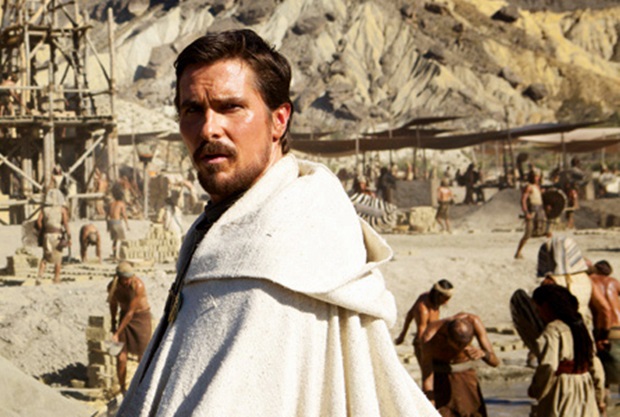 Empire have debuted the first photo of Christian Bale in Exodus, a new rendition of the Moses story directed by Ridley Scott. Just one of 2014’s Biblical blockbusters, this one tackles the epic story of Moses leading the Israelites out of Egypt into the Sinai desert and eventually to their Promised Land. A prophet of God who spoke to a burning bush, brought down the Ten Commandments on a stone tablet and parted the Red Sea looks too much British for a prince of Egypt. Exodus is set for a December 12th 2014 release and also features Joel Edgerton as Egyptian pharaoh Ramses II, Sigourney Weaver and John Turturro play his royal parents Tuya and Seti, Aaron Paul co-stars as a follower of Moses, and Ben Kingsley rounds out the cast as a Hebrew scholar. The script is written by Adam Cooper and Bill Collage (Tower Heist), with a rewrite by Steve Zaillian (American Gangster). Exodus fairly quietly began production this past fall. Check out the former Batman riding a very shiny black horse.

Continue Reading
Advertisement
You may also like...
Related Topics:Exodus photo