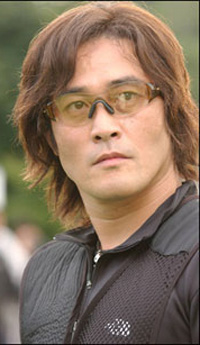 ‘Street of Dreams‘ is a co-production between US-based FR Productions, Korea’s Hyun Jin Cinema and Japan’s Wides Japan. It will be produced by Fred Roos, whose credits include ‘The Godfather: Part II‘ and ‘The Godfather: Part III‘, ‘Lost in Translation‘. ‘Street of Dreams’ is based on the true story of Montana Joe, a legendary Japanese-American gangster in the 1940s. Robert De Niro has been cast as an Italian mafia leader. Andy Garcia, will also play a mafia boss. Korean actor Choi Min-soo will play the role of Montana’s Korean friend, Eddie. Chinese actress Shu Qi will also star in the film. However, no actor has been cast in the lead role of Montana. There will be auditions for the role in  May. Raymond De Felitta, who was nominated for an Academy Award for a live-action short film ‘Bronx Cheer,’ will direct the film. Roger Towne, who won an Academy Award for ‘Chinatown‘ in 1975, wrote the script. The project has been planned since 2002! ‘Street of Dreams’ is slated for release in 2009.
Continue Reading
Advertisement
You may also like...
Related Topics:Andy Garcia, Raymond De Felitta, Robert de Niro, Shu Qi