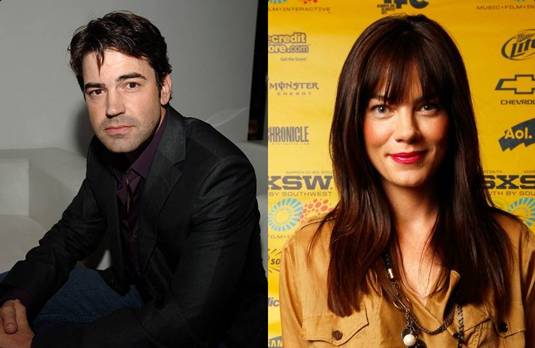 In recent years Ron Livingston’s gained a reputation as comedic actor thanks in a large part to his performance on Swingers, Adaptation. and Sex and the City. But he’s won the most critical acclaim for his supporting role in the World War II miniseries Band of Brothers (2001), so it’s quite acceptable Livingston has been cast opposite Michelle Monaghan in indie relationship drama Fort Bliss, with Claudia Myers directing from her own script. The follow-up to Myers’ feature debut Kettle of Fish, Fort Bliss centers on a female soldier (Monaghan) who returns home after a long tour in the war in Afghanistan and struggles to rebuild her relationship with her 5-year-old son. It isn’t still clear what Livingston’s role is in the film, but it seems likely he could portray the father to the boy, and Monaghan’s onscreen husband as well. No doubt, these two well-matched actors will give the roles good contrast and vocal variety, which could make Fort Bliss a major moment for Monaghan and Livingston. Livingston was most recently seen in HBO’s Game Change and will be seen in the upcoming Ten Year and The Odd Life of Timothy Green, while Mission: Impossible III actress Monaghan is currently filming Better Living Through Chemistry alongside Olivia Wilde and Sam Rockwell. Catch Livingston if you can in the trailer below. [youtube]http://www.youtube.com/watch?v=EFbPN-9psHY[/youtube]
Continue Reading
Advertisement
You may also like...
Related Topics:Michelle Monaghan, Ron Livingston