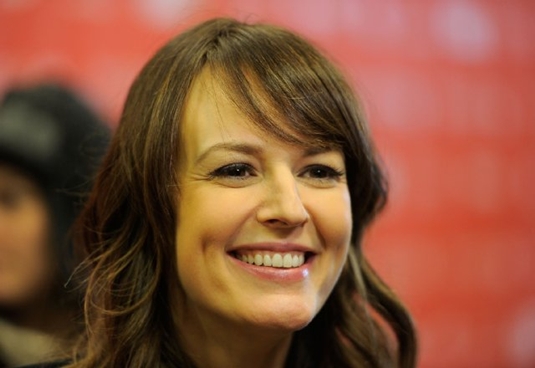 Rachel Getting Married star, Rosemarie DeWitt will play the female lead in The Promised Land, the upcoming drama that Gus Van Sant will direct with Matt Damon and John Krasinski starring. Damon and Krasinski also wrote the script, which got a first draft from Dave Eggers, tentatively titled Gold Mist. Damon and Krasinski star as rival corporate executives, with Damon’s character arriving in a small town only to have his whole life turned upside down. The other plot details are being kept under wraps. There’s been no word yet on DeWitt role. Initially, Damon was planning to make his directorial debut, but instead his Good Will Hunting helmer promptly signed on to direct. The Promised Land is now slated to begin next month. No release date has been set yet. DeWitt starred in Your Sister’s Sister, directed and written by Lynn Shelton, which gets released in June, and another comedy Neighborhood Watch, which will be released in July. [youtube]http://www.youtube.com/watch?v=VfFvd-iCBJQ[/youtube]