Glee and American Horror Story creator Ryan Murphy follows in the footsteps of Steven Soderbergh (Behind the Candelabra) and opted to debut his upcoming feature film adaptation of the Tony Award-winning play The Normal Heart on HBO rather than going the theatrical route. The cable network announced Friday that Julia Roberts, Mark Ruffalo and Matt Bomer will star in the TV film, which is being adapted by original playwright Larry Kramer with production set to get underway later this year for a 2014 debut. The script chronicles the rise of HIV/AIDS among New York’s gay community in the 1980s. Alec Baldwin and Jim Parsons were previously attached to star, but they don’t appear in latest press release. Roberts will play the paraplegic physician Dr. Emma Brookner who treats several of the earliest victims of the disease; Ruffalo will take on the role of Ned Weeks, ‘who witnesses first-hand the mysterious disease that has begun to claim the lives of many in his gay community and starts to seek answers;’ Bomer will play Felix Turner, a reporter who becomes Ned’s lover. Yay for the gays. The Normal Heart debuted at New York’s Public Theatre in 1985, but the 2011 Broadway revival won three Tony nominations, including Best Featured Actress for Ellen Barkin. 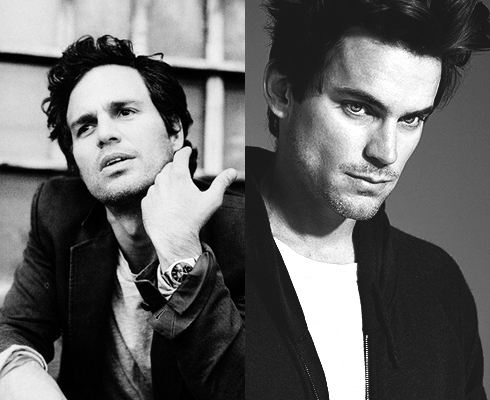 LOS ANGELES, Jan. 4, 2013 – Academy Award® winner Julia Roberts and Academy Award® nominee Mark Ruffalo will star in the HBO Films drama THE NORMAL HEART, directed by Emmy® winner Ryan Murphy (“Eat Pray Love,” “Glee”), it was announced today by Michael Lombardo, president, HBO Programming. Slated to begin production in New York City later this year for 2014 debut on HBO, the film is written by Larry Kramer, adapting his groundbreaking Tony Award-winning play of the same name. “We are so proud to be involved with this monumental project,” said Lombardo. “Ryan has assembled an extraordinary cast to bring Larry Kramer’s landmark theatrical achievement to the screen for the first time, and we couldn’t be more thrilled to bring this important film to HBO.” Executive produced by Ryan Murphy, Jason Blum (the “Paranormal Activity” series, “The Reader”), Dede Gardner (“The Tree of Life,” “Eat Pray Love”) and Dante Di Loreto (“Glee,” HBO’s “Temple Grandin”), THE NORMAL HEART tells the story of the onset of the HIV-AIDS crisis in New York City in the early 1980s, taking an unflinching look at the nation’s sexual politics as gay activists and their allies in the medical community fought to expose the truth about the burgeoning epidemic to a city in denial. Roberts plays Dr. Emma Brookner, the paraplegic physician who treats several of theearliest victims of the disease. Ruffalo portrays Ned Weeks, who witnesses first-hand the mysterious disease that has begun to claim the lives of many in his gay community and starts to seek answers. Matt Bomer (“White Collar,” “Magic Mike”) plays Felix Turner, a reporter who becomes Ned’s lover.