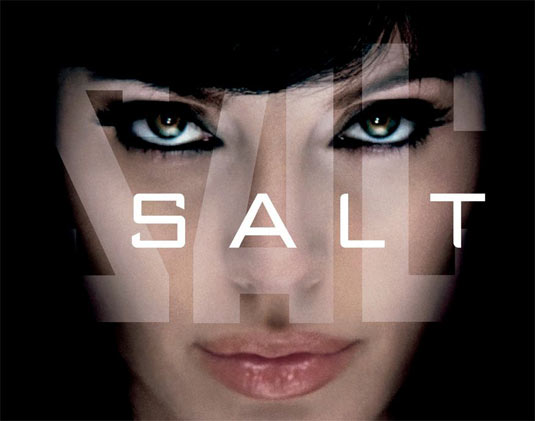 Joblo got their hands on the first poster for Angelina Jolie‘s new film “Salt“. Angelina Jolie is a CIA officer who, after being accused of being a Russian sleeper spy, sets out to prove her innocence while trying to elude capture by her superiors. The film, directed by Phillip Noyce (Catch a Fire)from script by Kurt Wimmer and Brian Helgeland, co-stars Liev Schreiber (Defiance, X-Men Origins: Wolverine) as Winter, her ally and supervisor in the CIA’s Russia office, and Chiwetel Ejiofor (Children of Men, American Gangster) as Peabody, a counterintelligence officer who tries to take her down. “Salt” opens to theaters July 23rd, 2010. Click to see larger poster.