It’s been confirmed that Scarlett Johansson and Penelope Cruz will attend the Cannes Film Festival to support director Woody Allen‘s new film “Vicky Cristina Barcelona,” which will not be in competition. 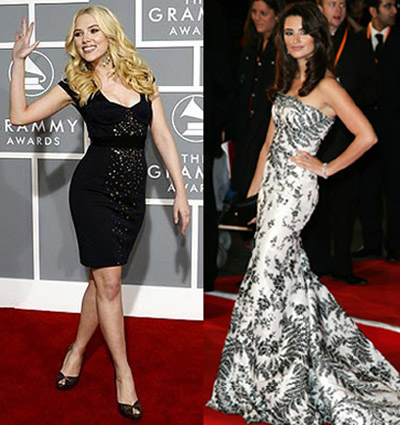 Vicky and Cristina, two young American girls, go to spend the summer in Barcelona. Vicky (Rebecca Hall) is straight-laced and about to be married.

Cristina (Scarlett Johansson) is a free-spirit and very sexually adventurous. They meet a flamboyant, Spanish artist (Javier Bardem) and his beautiful but insane ex-wife (Penelope Cruz).

They all become involved in romantic adventures that are either hilarious or harrowing, depending on your point of view.

Scarlett also glammed up the Cannes carpets with Allen in 2005 for “Match Point,” the suspense thriller that started their ongoing film collaboration.