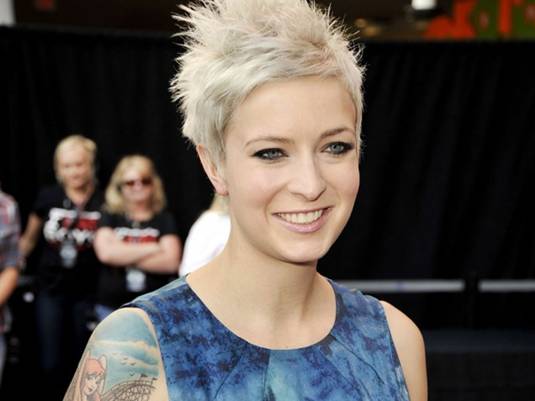 Diablo Cody is the pen name of Brook Busey-Hunt, the stripper turned blogger and screenwriter who will now add a directorial position to her bombastic Resume – Cody is set to make her debut as a director with Lamb of God.

While working as a stripper, Diablo Cody penned a blog about her life as a stripper called The Pussy Ranch. The popularity of her blog grew quickly and landed her a publishing deal so she wrote the memoir Candy Girl: A Year in the Life of an Unlikely Stripper that chronicled her career as a stripper in Minnesota.

The comedy Lamb of God, which Cody also scripted, follows a young conservative religious woman who begins questioning her beliefs after a plane crash and decides to try out life as a sinner in Las Vegas, only to rediscover her faith again.

Lamb of God will be produced by Mandate Pictures, also in charge for Juno and Cody’s next outing as a screenwriter, the forthcoming comedy Young Adult – which, like Juno, is being directed by Jason Reitman. Cody’s other writing credits include a hit show United States of Tara and the 2009 horror comedy Jennifer’s Body.

Mandate Pictures are able to fast-track the production schedule and casting will begin shortly thereafter. I wouldn’t be surprised to see Cody playing the role herself; seems like there isn’t anything she is afraid to try.

Diablo Cody (with Dustin Lance Black) has provided updates on her current slate of projects at a meet titled “Coffee Talk: Screenwriters “at L.A. Film Festival. So check it out.