Inherent Vice is shaping up to be Paul Thomas Anderson’s film made all the better by a stellar ensemble cast since Magnolia as sources say that Sean Penn is circling a role in the project, which is set to star Joaquin Phoenix. The cast also includes Owen Wilson, Reese Witherspoon, Benicio Del Toro, Martin Short, Jena Malone and Kevin J. O’Connor. The period piece movie is an adaptation of novel by Thomas Pynchon about Doc Sportello (Phoenix), a private detective in Los Angeles in the ’60s. Sportello takes on the case of a missing girl who is coincidentally, one of his ex-girlfriends. Witherspoon is set to play Sportello’s ex-girlfriend in question, Shasta Fay Hepworth. Penn is reportedly being targeted for Adrian Prussia, a powerful loan shark known to get violent when not compensated properly, and Wilson as Coy Harlingen, a member of a surf band called The Boards and Del Toro as Sauncho Smilax, a lawyer who occasionally advises Doc. Short’s role will be an as-yet unrevealed minor character, while Malone has been cast as Japonica Fenway, another gal from Sportello’s past. Inherent Vice starts production this summer and will hit theaters in 2014. Meanwhile, double Oscar winner Penn is soon to shoot his first full-fledged action film Prone Gunman. 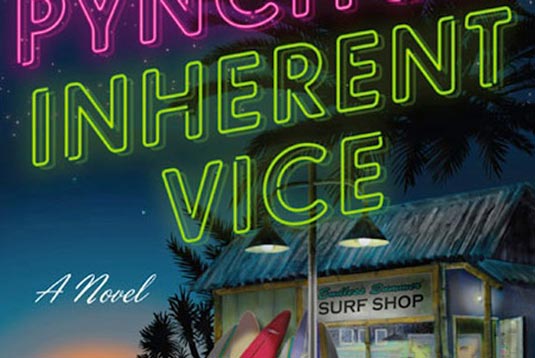