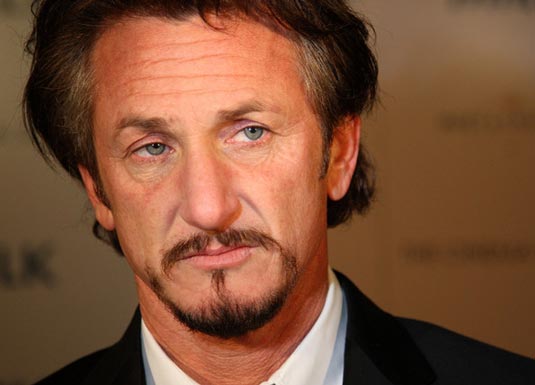 Sean Penn hasn’t sat in a director’s chair ever since 2007’s Into The Wild, but he is starting to pile up projects. The Comedian, with Robert De Niro and Kristen Wiig set to star, is still in pre-production stages, and now he’s in talks to direct an adaptation of Crazy for the Storm. Will Fetters wrote the script based on a survival memoir by Norman Ollestad. The story tells about the author’s relationship with his father (why does every mentioning of father-son relationship bring a picture of Death Star in my head? Hahah!). From the age of three his dad was pushing him into extreme sports like surfing, and downhill skiing, and those skills helped him to survive when he was inolved in a plane crash when he was 11 years old. He was stuck in the San Gabriel mountains in the middle of a blizzard, but managed to escape with his life. The book was released in 2009 and became a best seller. Warner Bros. has been developing the project as a film since then. By now, we are acquainted with Sean Penn taking his ‘sweet time’ in between directorial projects, but at this point he’s long overdue for his next one. As an actor, we can see him next along with Josh Brolin, Ryan Gosling and Emma Stone in Reuben Fleischer‘s Gangster Squad, which was recently pushed back to January 2013.
Continue Reading
Advertisement
You may also like...
Related Topics:Emma Stone, Gangster Squad, Into the Wild, Josh Brolin, Kristen Wiig, Robert de Niro, Ryan Gosling, Sean Penn, Will Fetters