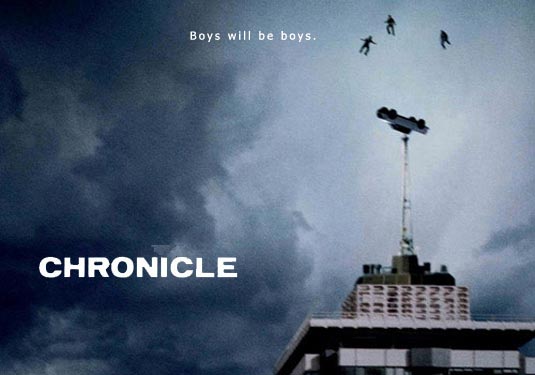 20th Century Fox has debuted the second teaser poster for their new sci-fi film Chronicle, the faux-documentary style film that tells the story of three teenagers who develop superpowers. Here’s the synopsis from the film:

New technologies and social communities allow us to record, post and comment on every second of our lives, sharing our every emotion and opinion with the world, no matter how mundane. For three high school classmates who suddenly gain superpowers from a mysterious substance, the chronicle of their ordinary lives is about to take on extraordinary turn. Initially they use their powers to play innocent pranks on each other and people around them, but soon they gain confidence and learn to control their powers better to take on more difficult tasks. Their newfound sense of immortality and impunity will force them to evaluate their own morality to ultimately decide where to draw the line about how far they should go. 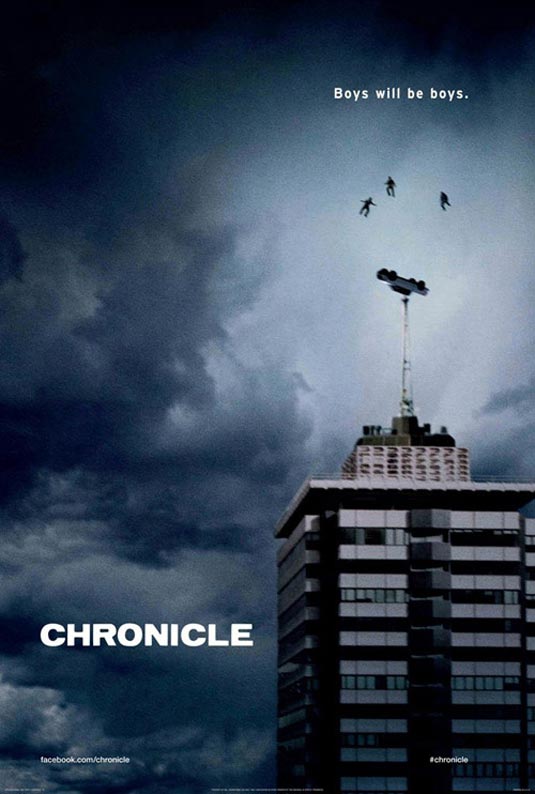