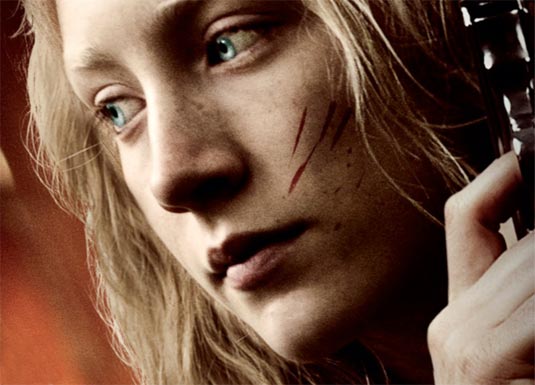 Earlier we posted  international trailer for the upcoming Hanna action thriller movie which stars Academy Award nominee Saoirse Ronan (The Lovely Bones) as a 16-year-old killing machine in, and today we have a brand new poster. The film also stars Cate Blanchett, Eric Bana, Olivia Williams, Jason Flemyng and Tom Hollander. Helmer Joe Wright sat in the director’s chair, based on a screenplay he co-wrote with Seth Lochhead, David Farr and Joe Penhall. Synopsis: Raised by her father (Eric Bana), an ex-CIA man, in the wilds of Finland, Hanna’s upbringing and training have been one and the same, all geared to making her the perfect assassin. The turning point in her adolescence is a sharp one; sent into the world by her father on a mission, Hanna journeys stealthily across Europe while eluding agents dispatched after her by a ruthless intelligence operative with secrets of her own (Cate Blanchett). As she nears her ultimate target, Hanna faces startling revelations about her existence and unexpected questions about her humanity. Hanna is set to hit theaters on April 8, 2011.