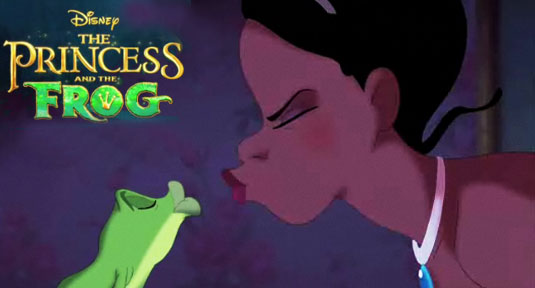 The second full trailer for Walt Disney Pictures’ “The Princess and the Frog” has popped online over at Yahoo.   Walt Disney Animation Studios presents the musical “The Princess and the Frog,” an animated comedy set in the great city of New Orleans. From the creators of “The Little Mermaid” and “Aladdin” comes a modern twist on a classic tale, featuring a beautiful girl named Tiana (ANIKA NONI ROSE), a frog prince who desperately wants to be human again, and a fateful kiss that leads them both on a hilarious adventure through the mystical bayous of Louisiana. “The Princess and the Frog,” marks the return to hand-drawn animation from the revered team of John Musker and Ron Clements, with music by Oscar-winning composer Randy Newman (“Monsters, Inc.,”). The film, which features the vocal stylings of Anika Noni Rose, John Musker, Keith David, John Goodman and Oprah Winfrey, will get a limited release in New York and Los Angeles starting on November 25, before going wide in theaters across the U.S. on December 11th. 2009.
Continue Reading
Advertisement
You may also like...
Related Topics:Anika Noni Rose, John Goodman, Oprah Winfrey, The Princess and the Frog