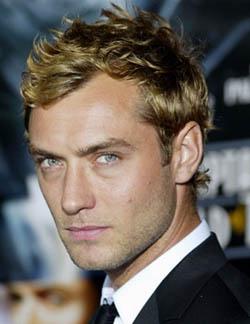 London press conference for Guy Ritchie‘s “Sherlock Holmes” is confirming that Jude Law has been cast as Dr Watson, Kelly Reilly as his love interest Mary. The bad guys will be Rachel McAdams as Irene Adler and Mark Strong as Blackwood. The movie will be shooting in the Victorian streets of London and Liverpool, and the scenes will be shot in Freemason’s Hall and at St. Paul’s Cathedral. Ritchie said the film will be different from his usual movies, saying: “I’d like to bring something new to this project – I have a few tricks up my sleeve.” Based on an original story/comic book by Lionel Wigram, inspired by the classic tales of Sir Arthur Conan Doyle, the film will be produced by Joel Silver, Lionel Wigram, Susan Downey and Dan Lin. Steve Clark-Hall and Bruce Berman are serving as executive producers. “Sherlock Holmes” is scheduled for release in October 2009.
Continue Reading
Advertisement
You may also like...
Related Topics:Guy Ritchie, Jude Law, Kelly Reilly, Mark Strong, Rachel McAdams, Sherlock Holmes