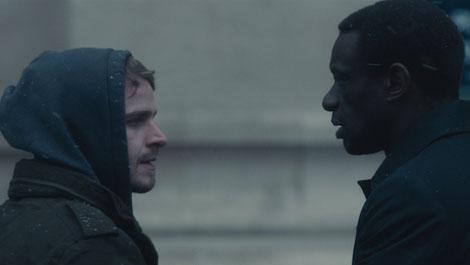 It premiered over a year ago at Sundance Film Festival, but IFC Films has just released the first theatrical trailer for director Antonio Campos’ (Afterschool) erotic drama Simon Killer. The sophomore effort from Campos is the gripping character study about a a heartbroken, confused college graduate Simon, portrayed by Brady Corbet (Martha Marcy May Marlene) doesn’t kill anyone in this trailer. We follow him, recently heartbroken, around the Paris, bumming cigarettes with a sense of bitter loneliness. Simon encounters an easy, feeble solution to his problem, meeting a prostitute named Victoria (Mati Diop from 35 Shots of Rum). The two pursue romantic relationship ‘that leads to blackmail, betrayal and the ultimate revelation of Simon’s true nature.’ Simon Killer also stars Michael Abiteboul, Constance Rousseau and Lila Salet. The film hits theaters on April 5th, 2013. Hit the jump to check out the trailer and poster. Here’s the official synopsis:

The follow-up to Antonio Campos’ critically acclaimed AFTERSCHOOL, SIMON KILLER is an erotic and and psychological portrait of Simon (Brady Corbet, MELANCHOLIA, MARTHA MARCY MAY MARLENE), a well-educated, handsome and seemingly sympathetic college graduate with just a hint of something off-putting enough to ignite a sense of concern. Recently heartbroken, Simon travels to Paris to clear his head. After several days of wandering aimlessly, Simon finds himself drawn into a sex parlor and has a sexual encounter with an exotic prostitute, Victoria (Mati Diop, 35 SHOTS OF RUM). The chemistry builds between the two until they find themselves in a serious relationship, one that leads to blackmail, betrayal and the ultimate revelation of Simon’s true nature.