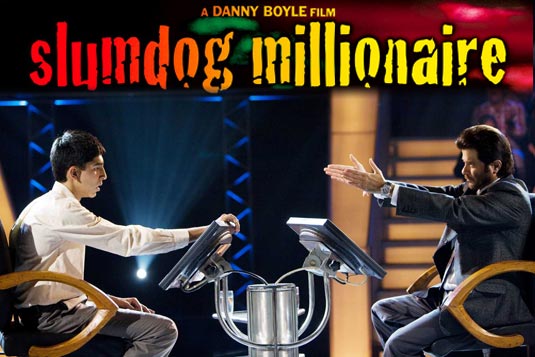 The first scene features Prem Kumar (Anil Kapoor), host of the Indian version of Who Wants To Be a Millionaire, visiting the police station where Jamal (Dev Patel) is being interrogated. [source:/Film]

In the second scene we see Jamal (Ayush Mahesh Khedekar at this stage) and his brother Salim (Azharuddin Mohammed Ismail) making a living as thieves under the bleachers of the opera at Agra. [source: Empire]